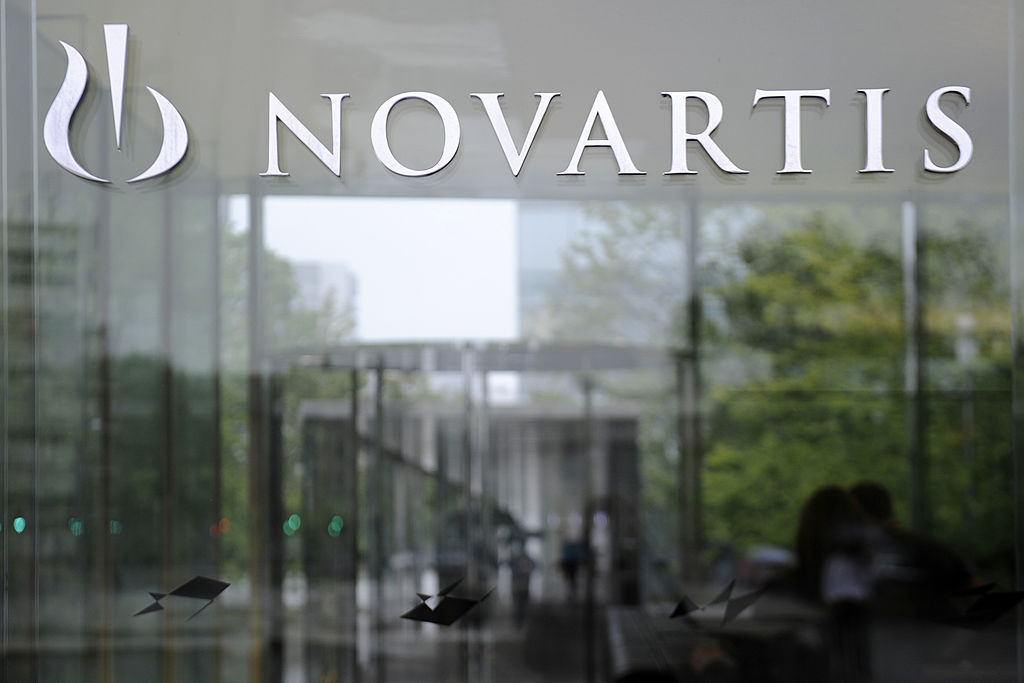 Drugs that block so-called checkpoint proteins have become a mainstay of cancer immunotherapy, and Novartis is broadening its prospects with this type of treatment through a new partnership on a late-stage candidate from BeiGene.
The BeiGene drug, ociperlimab, is designed to block the checkpoint protein TIGIT. The China-based drugmaker has already advanced that antibody two Phase 3 tests in non-small lung cancer, plus additional tests in a range of solid tumors. The companies say that early research suggests the drug may also have activity against tumors stemming from esophageal, gastric, breast, and skin cancers. Under the terms of the agreement, Novartis is paying $300 million up front for the option to license ociperlimab.
The agreement announced Monday comes nearly a year after Novartis inked a deal to secure development and commercialization rights in North America, Europe, and Japan for tislelizumab, another BeiGene checkpoint inhibitor that targets a different checkpoint protein called PD-1. Novartis and BeiGene said that during the option period for ociperlimab, the companies will work together on clinical testing of the combination of both drugs. Novartis will design, sponsor, finance, and conduct those global studies.
“Ociperlimab is a promising late-stage compound in non-small cell lung cancer, with potential in a wide range of solid tumors,” Susanne Schaffert, president of Novartis Oncology said in a prepared statement. “We believe it is a strong candidate for potentially synergistic combination with the PD-1 inhibitor tislelizumab.”
Checkpoint proteins are “brakes” of the immune system. Found on the surface of immune cells, the checkpoint proteins PD-1 and TIGIT stop T cells from attacking healthy cells. But checkpoint proteins also keep T cells from recognizing and targeting tumors. By blocking them, checkpoint inhibitors remove this brake, freeing the T cells to fight cancer cells.
Merck’s Keytruda and Opdivo from Bristol Myers Squibb were the first checkpoint inhibitors approved to target PD-1. But for some patients, blocking PD-1 doesn’t work. Drugmakers are interested expanding this immunotherapy approach to a second target: TIGIT. Novartis isn’t the only company to strike a deal this year for rights to drugs that target TIGIT. In May, BMS paid $200 million up front for rights to a preclinical bispecific antibody from Agenus. The following month, GlaxoSmithKline paid iTeos Therapeutics $625 million up front to partner on the development of a monoclonal antibody that targets TIGIT.
Gilead Sciences joined the TIGIT chase through a 2020 alliance with Arcus Biosciences. A month ago, Gilead exercised its option on three Arcus drugs, each with a different approach to blocking TIGIT. The option payments due to Arcus total $725 million.
If Novartis exercises its ociperlimab option before late 2023, it’s on the hook to pay BeiGene up to $700 million. The Swiss pharmaceutical giant will receive development and commercialization rights to ociperlimab in the U.S., Canada, Mexico, the European Union, the U.K., Norway, Iceland, Liechtenstein, Switzerland, Russia, and Japan. If the drug wins FDA approval, BeiGene has agreed to share equally in the marketing of the drug in the U.S. It retains the rights to the drug in China and all other countries.
The new partnership also includes the marketing of certain Novartis drugs in China. According to the agreement, BeiGene will promote some of those drugs in regions of China not currently covered by Novartis. The Swiss company will continue to market those products and others in the parts of China where it already has a commercial presence.
Photo: Adrian Moser/Bloomberg, via Getty Images
Promoted

Bill Martin, the Global Therapeutic Area Head of Neuroscience at The Janssen Pharmaceutical Companies of Johnson & Johnson, shared some of the promising developments in the neuroscience space, such as the rise of neuro-immunology and the industry’s embrace of digital health tools to support drug development in a recent interview.
Stephanie Baum
GOT NEWS? SEND US A TIP
Get the latest industry news first when you subscribe to our daily newsletter.
Promoted