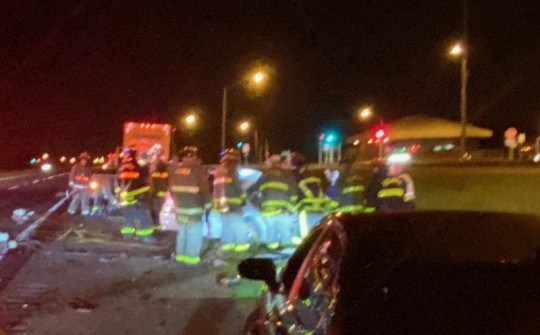 A wrong-way driver has been sentenced to state prison for the death of a man on I-10 in Escambia County during early the morning of June 20, 2020. 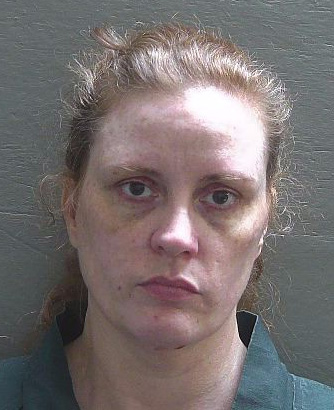 Theresa Bernadette King was sentenced by Circuit Court Judge Coleman Lee Robinson to serve 15 years for DUI manslaughter and DUI causing serious bodily injury.
King, age 47 of McKinney, Texas, was under the influence of Xanax and alcohol when she caused a head-on collision at approximately 1:30 a.m. on I-10. King had entered the interstate in the wrong direction from the rest area. The crash caused the death of a 25-year old man from Theodore, Alabama, and caused serious injuries to his 34-year old male passenger.
Prosecutors said King had a blood alcohol level of 0.13 and had alprazolam (Xanax) in her system. A bottle of wine was also found in her vehicle following the crash.
Four years of the prison sentence must be served as a mandatory minimum sentence. King’s driver’s license was permanently suspended.
Photos for NorthEscambia.com, click to enlarge. 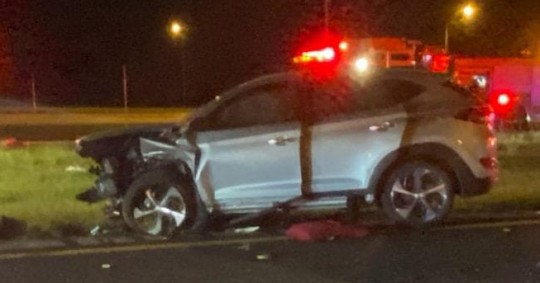 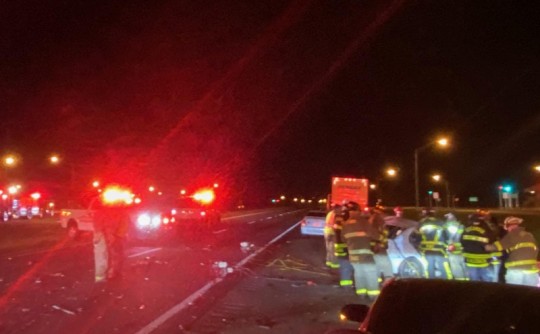 Have a comment on this story?
We welcome your comments on this story, but there are some rules to follow::
(1) Be Nice. No comments that slander another, no racism, no sexism, no personal attacks.
(2) No Harrassing Comments. If someone says something bad about you, don’t respond. That’s childish.
(3) No Libel. That’s saying something is not true about someone. Don’t do it.
(4) Keep it clean. Nothing vulgar, obscene or sexually related. No profanity or obvious substitutions. Period.
(5) NorthEscambia.com reserves the right to remove any comments that violate our rules or we think to be inappropriate. We are not responsible for what is posted. Comments may not appear right away until they are approved by a moderator.
(6) Limit your comments to the subject in this story only, and limit comments to 300 words or less. Do not post copyrighted material. Comments will not be added to stories that are over 30 days old.
(7) No posts may advertise a commercial business or political group, or link to another commercial web site or political site of any kind.
Written by William Reynolds · Filed Under News
Copyright © 2007-2019 NorthEscambia.com · P.O. Box 1207 · Century, FL 32535 · All Rights Reserved. <!– Log in–>