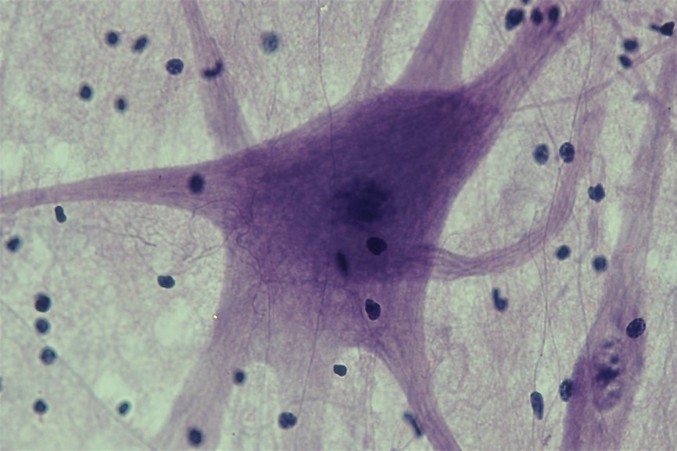 Amylyx Pharmaceuticals is preparing to seek regulatory approvals for its amyotrophic lateral sclerosis drug in Europe and Canada later this year, but if the company wants the FDA’s nod, it must conduct another clinical trial.
For diseases that have few treatment options, such as ALS, the FDA can grant a speedy approval based on a mid-stage study. Such approvals require drug companies to conduct post-marketing studies that confirm a drug’s benefit. Though Amylyx has positive data from a Phase 2 clinical trial, the company said Wednesday that the FDA wants to see data from an additional placebo-controlled study testing the drug, AMX0035, before a new drug application is submitted. Cambridge, Massachusetts-based Amylyx plans to conduct that study in Europe and the U.S.
The Amylyx drug is a proprietary combination of taurursodiol and sodium phenylbutyrate. It comes as a powder that must be dissolved in water and taken by mouth. The drug is designed to reduce the death of nerve cells by blocking key cellular death pathways that start in mitochondria, which are the energy factories of cells, and in the endoplasmic reticulum, which is a network in cells that plays a role in making, modifying, and transporting proteins.
Amylyx evaluated its drug in a placebo-controlled Phase 2 study enrolling 137 ALS patients ranging in age from 18 to 80. Those participants were randomly assigned to receive the study drug or a placebo twice daily for 24 weeks. Participants were also permitted to receive edaravone or riluzole, two FDA-approved ALS therapies. (Edaravone, the most recently approved ALS therapy, won its 2017 regulatory nod based on data from a Phase 3 clinical trial enrolling 137 patients.) The main goal of the AMX0035 study was to show that treatment slowed disease progression according to a scale widely used to measure physical function in ALS patients. The questionnaire assesses daily function, such as the ability to walk, dress, eat, speak, and breathe.
In late 2019, Amylyx announced preliminary results that showed a statistically significant slowing of ALS progression, meeting the main study goal. Full clinical trial results were published last September in the New England Journal of Medicine. They showed that after 24 weeks, patients treated with AMX0035 scored, on average, 2.32 points higher on the assessment scale compared to those in the placebo group. On secondary goals, the Amylyx drug showed numerical improvement in assessments for muscle strength, breathing, and hospitalizations.
Based on the positive data, Amylyx said it is preparing to file a marketing application in Canada later in the current quarter. The company expects to file an application with the European Medicines Agency by the end of this year.
Amylyx isn’t the only ALS drug developer that must conduct more clinical testing to support an FDA submission. Last year, a BrainStorm Cell Therapeutics stem cell therapy failed to achieve the main goal of a placebo-controlled Phase 3 study enrolling 189 patients. The New York-based biotech tried to press forward based on data from a subgroup of patients in the study, results that led patients and families to mount a social media campaign calling on the agency to approve the drug. The regulator took the rare step of responding publicly, pointing out the therapy’s failure to meet primary or secondary goals of the clinical trial and offering to work with Brainstorm if the company decided to pursue additional studies.
Amylyx said enrollment in the Phase 3 study is expected to begin in the third quarter of this year. According to the company, the FDA said it would continue to discuss how regulatory requirements may be met “in the most expeditious way possible.”
In the meantime, Amylyx continues to gather clinical data from the patients who participated in the Phase 2 study. On April 19, long-term patient survival data will be presented at a virtual session of the annual meeting of the American Academy of Neurology.
Public domain photo by Flickr user BCC Bioscience Image Library
Promoted

This webinar will explore how a connected care solution can assist you in creating direct relationships with patients and providing them with a personalized experience that directly impacts their perceived reported outcome of the treatment.
MedCity News and BioT
Promoted